I directed and co-produced this film, “Those Tiny Pieces”.
It was an official selection of the Hope Film Awards in 2017.

If you haven’t you can now watch the series, “Sixteen Unsweetened” in a YearSoul Productions playlist.

Also my second production company, For Art’s Sake 125, has decided to release shorts from our 10 short films collaborative movie, “Drinking From Cups Not Meant For Us”. The first short is a mini poetic film directed and produced by me. – Simone Kali

“Sixteen Unsweetened” –  a coming of age drama about black teenage girl in NYC. 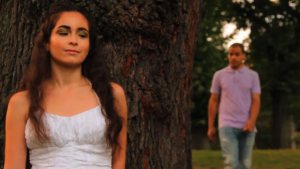 In collaboration with Essence Mason, I, Simone Smith have formed For Art’s Sake 125, a creative team that writes and produces work.

Our first project is a short film titled, “Drinking From Cups Not Meant For Us”, a multi-story flm about personal relationships.

More information can be found at our webpage :  https://forartssake125.wordpress.com/

Things are not entirely as they first seemed when Jada settles on hanging out with Shawn. She reflects on a conversation she had with her Aunt Kim. A friendship may be lost. Something will change forever.

Jada and friends chat about attracting guys. Kalim and Jada spend time together. She goes to a new territory where she’s faced with temptation.

Episode 8: Dancing Around the Issues
Jada doesn’t know where she fits in within her group of acquaintances. At Ara’s house, Jada makes some stereotypical remarks. Jada goes to the back to school dance party.

Jada brings a friend up to speed. Tyreek and his friend Lonnell explain a situation to Jada, but they may not be telling the real story.

Jada hopes to change her image. She approaches her aunt for help. Later Jada gets more comfortable with a friend.

Jada passes by Shawn’s best friend Eric, who makes it clear how he feels about her. Jada hangs out with Ara at Brian’s house where she faces some pressure. Tyreek tries to have a serious conversation.

After getting in trouble with Aunt Kim, the teens easily ignore each other at home. Jada catches up with an old best friend. She questions the attention she gets- or doesn’t get…